The first phase of expansion of the iron ore shipping port at the Robe River joint venture (hereinafter, “Robe JV”) in Western Australia, an iron ore project jointly operated by Nippon Steel & Sumitomo Metal Corporation (Representative Director, Chairman and CEO: Shoji Muneoka; hereinafter, “Nippon Steel & Sumitomo Metal”) and Rio Tinto (Australia & UK), one of the world’s leading mineral resource companies, has been completed. As a result, the annual shipment capacity of Cape Lambert Port will increase from 86 million tons to 139 million tons (reach a full run-rate in the first half of 2014).
Additionally, the second phase of the expansion of Cape Lambert Port, for which capital investment was recently determined, is currently in progress with a target of completion in 2015. This is due to expand annual shipment capacity to 209 million tons. In combination with expansion of the port and other infrastructure, we are investigating concurrent increases in supply from the Robe JV iron ore mines (the Robe Valley iron ore mine and the West Angelas iron ore mine), and will continue to contribute to improved supply capacity of iron ore in future. 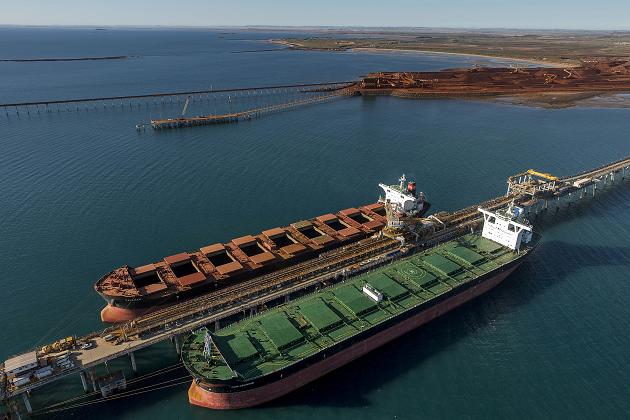 Wharf B, which was newly constructed in Phase 1 of the Cape Lambert Port expansion