Undertaking to explore inferred coal reserves in Tete Province in the Republic of Mozambique, the Revuboe Project has already identified deposits of high-quality coking coal on a scale large enough to permit open-cut mining.

As can be seen from the many coal mining projects already active in the surrounding areas of the Revuboe Project, the coal reserves in Mozambique, being of such a good quality and available economically, are of great rarity amid the harsh environment regarding coking coal resources worldwide.

Now granted the mining concession, the Revuboe Project has become a new, sure source, which, by our accelerated efforts toward efficient extraction, would supply requirements to us for a long period, further strengthening our stable procurement base in the future. 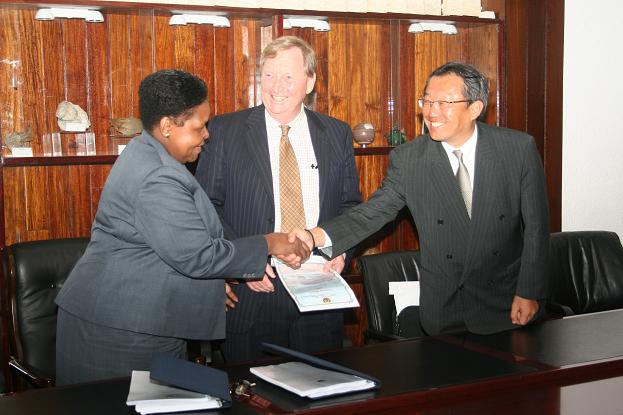