International Crankshaft Received Awards from Toyota Eleven Years in a Row.
On March 19, 2013, International Crankshaft Incorporated (ICI), our subsidiary in the United States that manufactures forged crankshafts, was awarded a Certificate of Achievement from Toyota Motor Engineering & Manufacturing North America Inc. in recognition of quality performance in 2012.  The 2012 certificate is the eleventh consecutive year ICI has received an award from Toyota North America.  This recognition demonstrates the commitment and dedication of ICI team members to quality, delivery, and customer satisfaction.  We are pleased to acknowledge the achievement of ICI and their continued focus on quality and customer satisfaction.

The combined crankshaft production capacity of our four bases, not only in America but Japan, China and India, around the world will increase to 9.3 million units, and now we will keep for global forged crankshafts market share more than 10 %.

◆ Outline of International Crankshaft Incorporated (as of 28 February 2013) 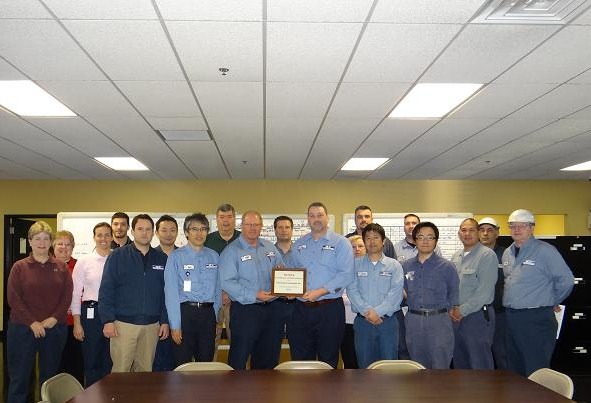 From the left (center of the photo): Nobuaki Masuda ( President of ICI),
Bill McCurley( Vice President of Operation), and Wayne Ward (Quality Manager). 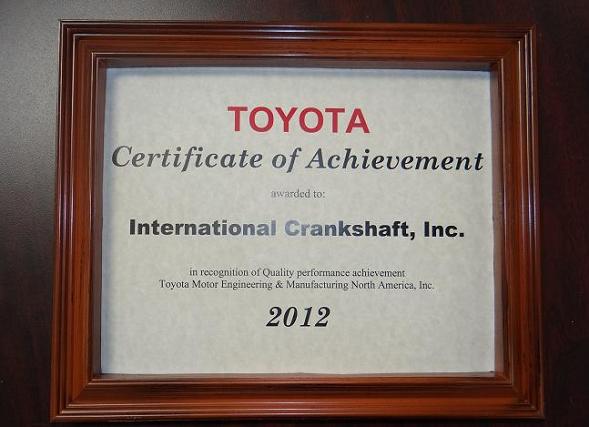